A “Walk In Good Company” Hike

Want to read about the original hike?

The Australian Record was set at the John Forrest National Park on July 3, 1932. A communal hike of 2,600 enthusiasts, including a 150 strong contingent from Northam, easily eclipsed the figure of 230 claimed by New South Wales.
It took three crowded trains from Fremantle, one consisting of fourteen coaches and two of ten each, to transport participants. It was a picturesque sight as they pulled out of Fremantle station, one after the other…
“Stay-at-homes all along the line rushed out and stood on their doorsteps waving as the long lines of carriages puffed by. No doubt, many were a little regretful that they, too, had not donned their walking shoes and turned out for the occasion.”
At every wayside station, little groups of people were waiting to be taken aboard. So that when the crowd eventually detrained at Parkerville, it was thoroughly representative of the whole Perth metropolitan area.
According to The West Australian, women formed the majority of hikers. Unlike in the previous year when it comprised mainly men. The oldest participant was a seventy-one-year-old lady from Fremantle who declared before she started that she was “good at walking”, and then went on to prove it to her own satisfaction and that of everybody else.
So far as dress was concerned, “seldom had the bush witnessed such a colourful scene”. Most women were gaily clad in skirts, shorts, breeches and berets, and “pullovers of all colours”. The men’s clothing was a little more subdued.
The trek followed the waters of the Jane Brook, and up and down the flower-bordered paths of the delightful valley.
“There was not a single sour face among the whole light-hearted throng. It was a great advertisement for the National Park and an even greater tribute to the word ‘hike.’ Which Cornish men claim to be an old word meaning to walk in good company.”
The weather “like that of a cloudy English day” with occasional brief bursts of sunshine, was ideal for walking. The grey clouds and ever-present music of the turbulent brook added to the mood. Masses of granite provide “touches of grandeur” to the scene.
When beauty spots like the two big waterfalls were reached, hundreds of “trampers” perched themselves on the boulders to drink in the beauty of the place, before continuing on their way.
The “lunch-hour pause” was held in the great natural amphitheater above the swimming pool. Parties were dotted about high and low, enjoying themselves.
Mr. Ted Walton, “an acknowledged expert in all matters relating to picnics”, was in charge of the hot water supply. While a liberal supply of milk was provided by Pascomi Ltd. Plaistowes Ltd., distributed 2,000 packets of cocoa, also free of charge.
“There was a great running to and fro with billies and teapots, and when this had subsided, came a pause of community singing, led by Sir. E. J. Watkin, and an address by Mr. I. T. Birtwistle.”
After lunch came the most scenic part of the route, where the valley grew “hilly and wild”. Climbing out of the valley, hikers enjoyed a lovely view of Perth from Swan View station, “reminiscent of an Italian landscape”.
Down past Rocky Pool, as at other parts of the route, local growers turned out with luscious displays of apples and golden oranges, for all whose tempted to buy.
Everyone seemed “in good walking trim”, and there was only one casualty needing attention on the day. It was a “happy, genial, singing throng” that took the train home.
A film of the hike was taken for Hoyts Theatres, Ltd, and screened at Perth theatres the following week.
View More 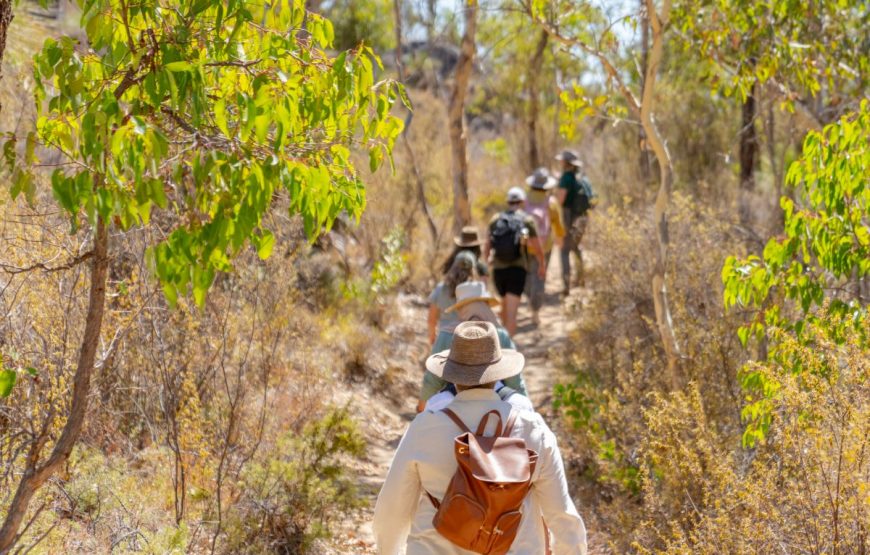 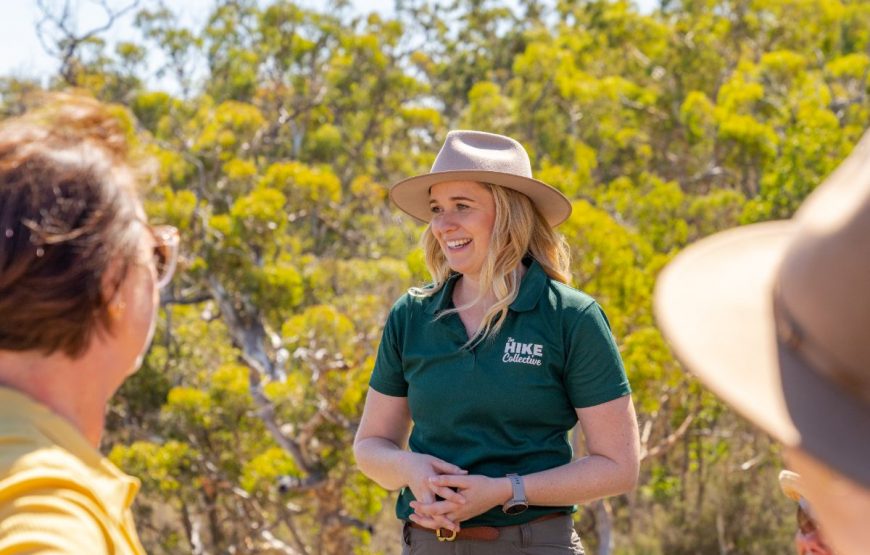 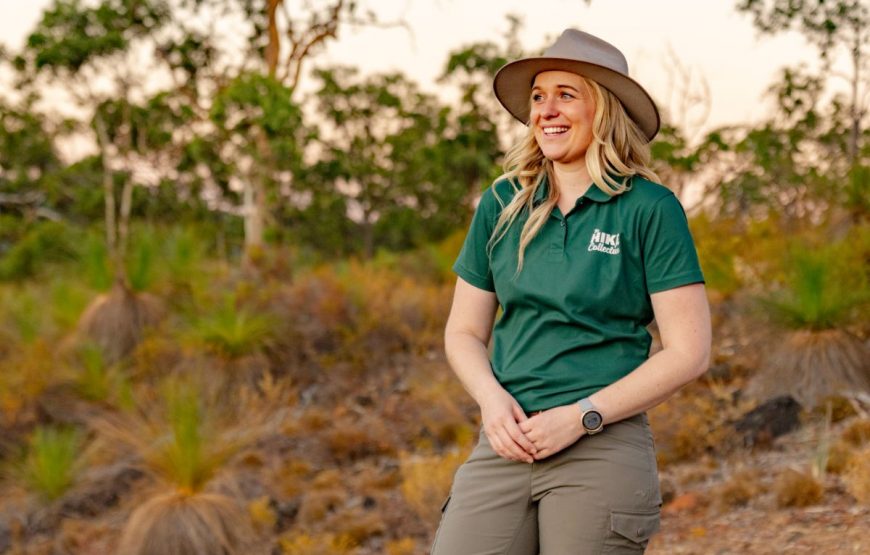 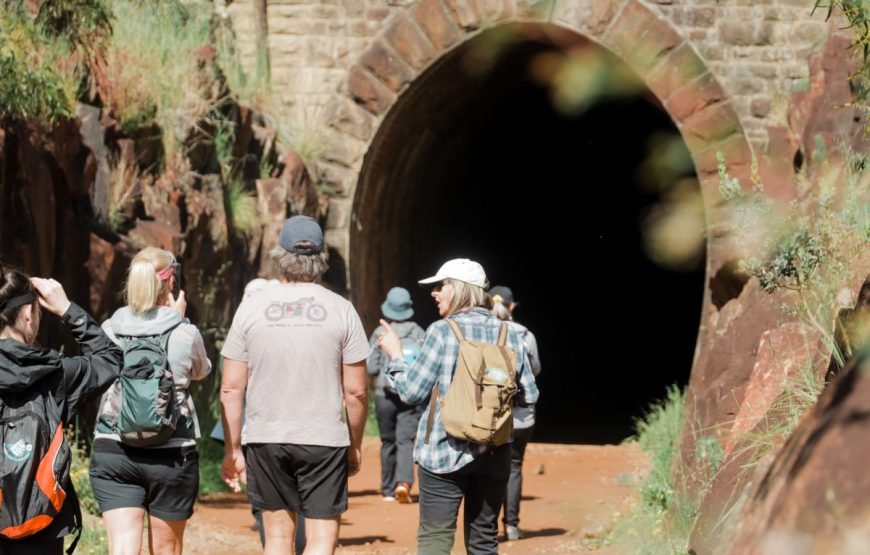 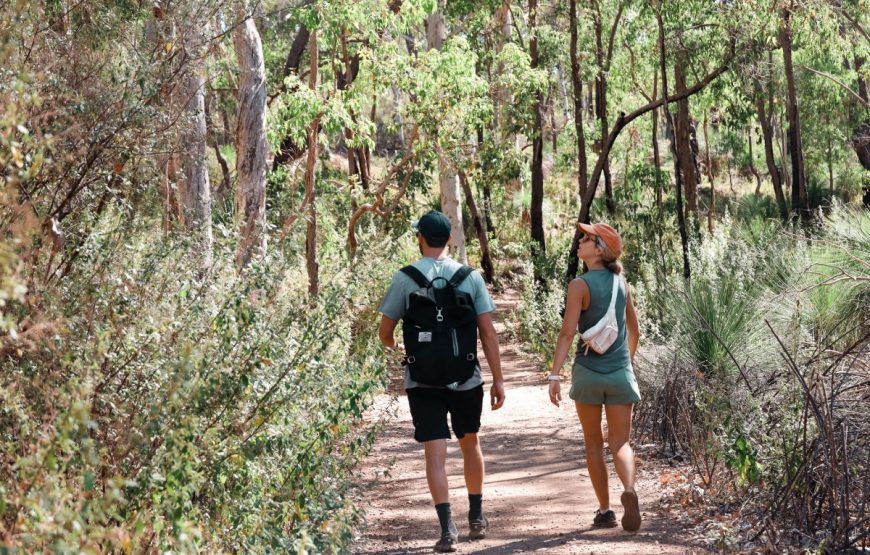 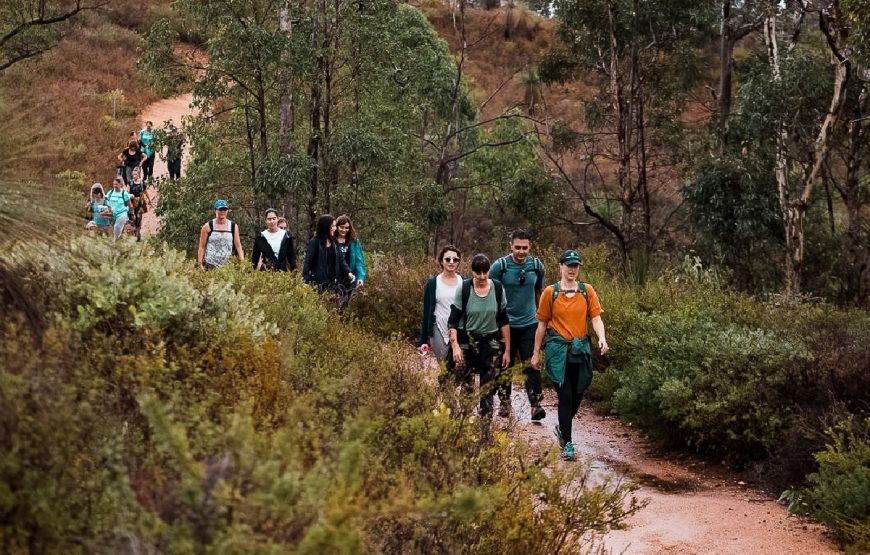 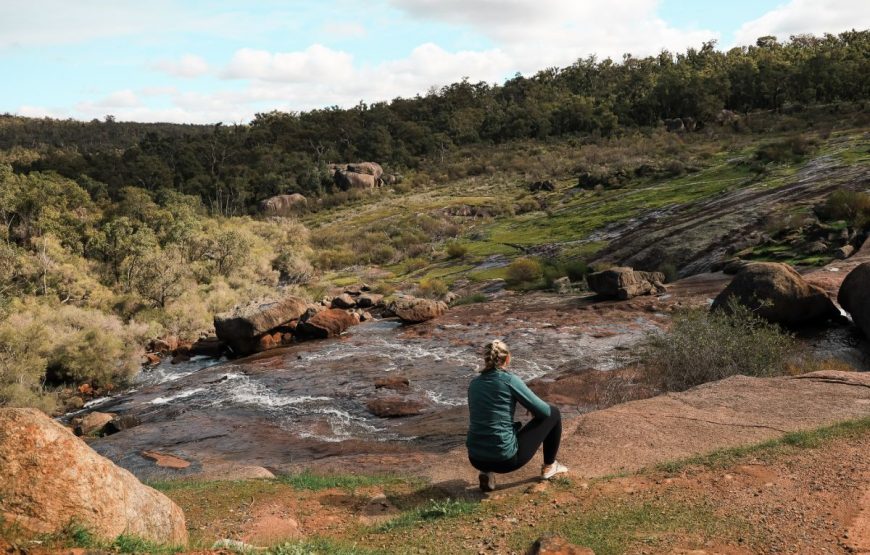 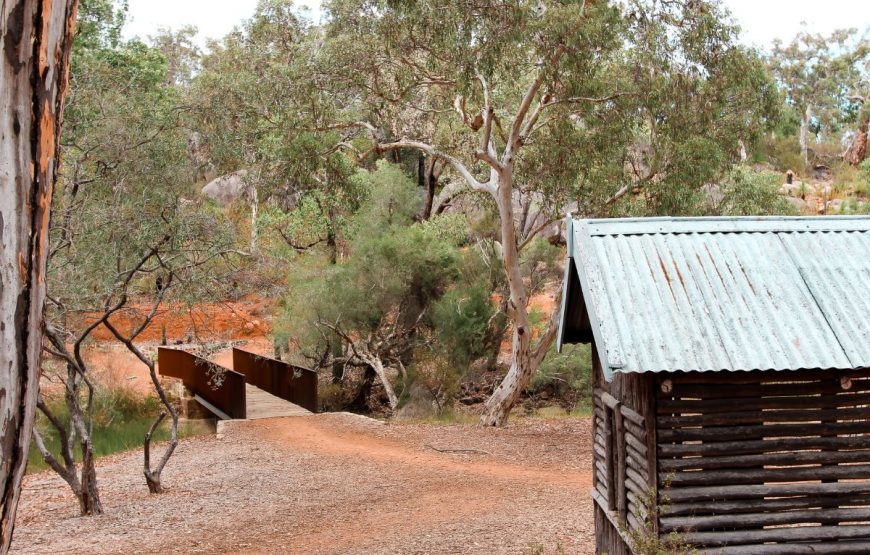 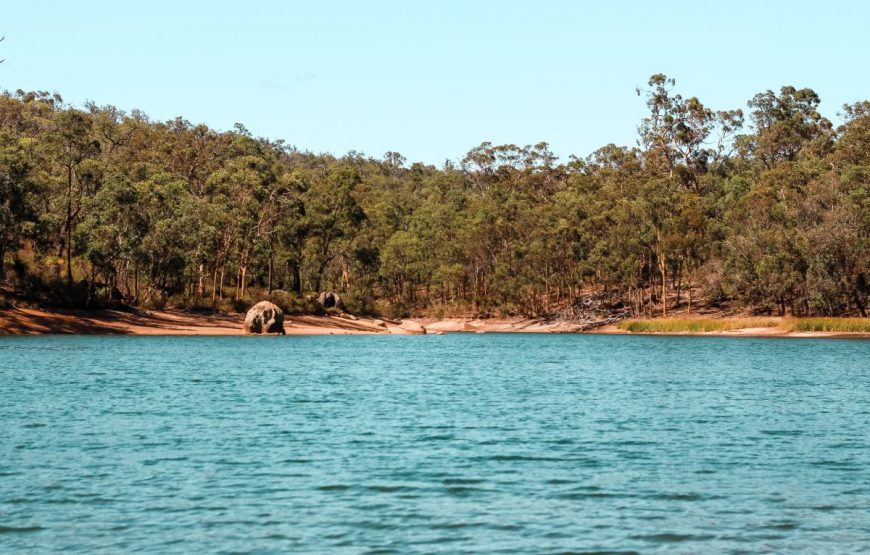 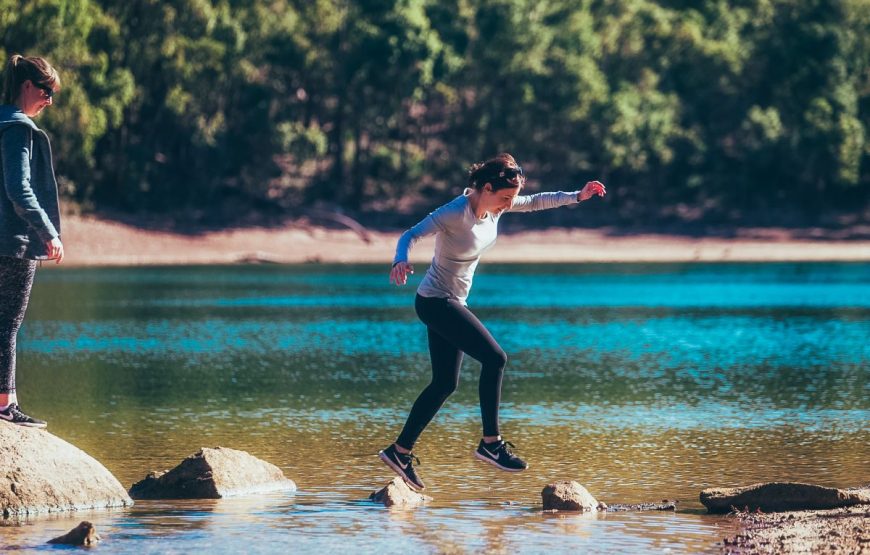 Comments From Our Guests

Toilets available at your start point
As this is a National Park, entry fees to the park apply on arrival. This is $15 per vehicle, however we recommend buying a parks pass if you wish to visit the parks more frequently. If you are an RAC member this will save you 50% off parks pass.
Alternatively, we recommend carpooling.
Please park next to the Yanchep Inn.
This is a beginner-friendly trail. It is flat, and on even ground most of the time. Some experience with walking distances of 5-8km is recommended.
No-shows and cancellations received within 48 hours of hike departure will incur a 100% cancellation fee.

Cancellations within 2-7 days prior will incur a 50% cancellation fee. Cancellations received over 7 days in advance will receive a full refund or credit towards another hike experience. Please note that Rezdy fees are non refundable. Guests can transfer their booking to a friend with no penalty but must advise The Hike Collective so we can forward all booking information to the new attendee.

If The Hike Collective cancels an event due to weather or danger in any way, your ticket will automatically be moved to the new date, or you will be eligible to transfer amounts paid to another tour or receive a full refund.
from $39 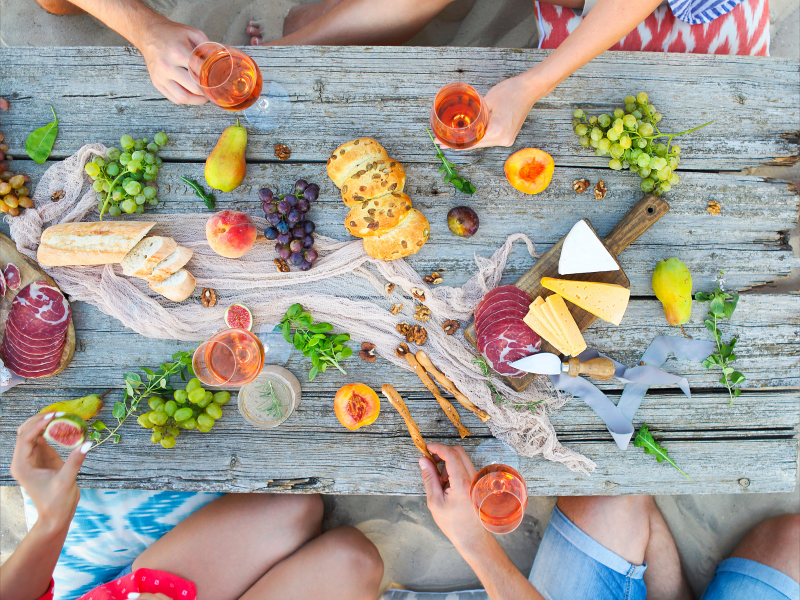 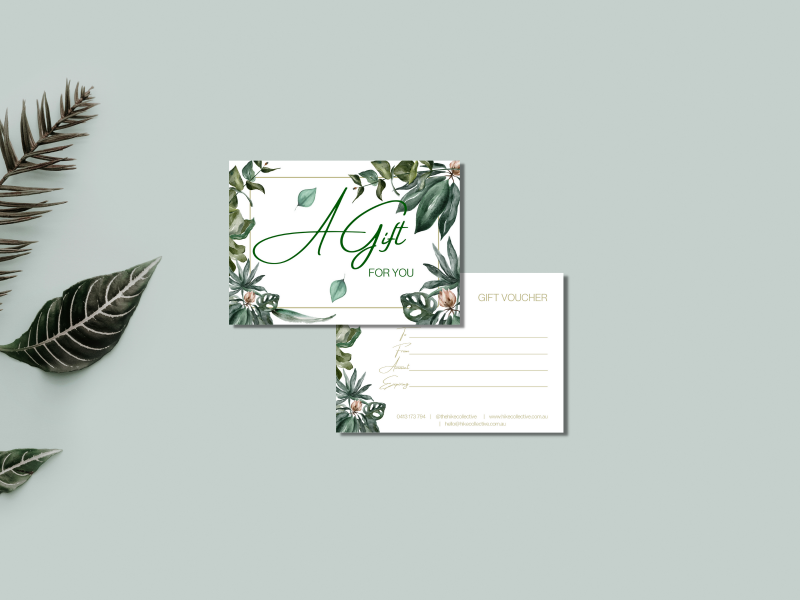 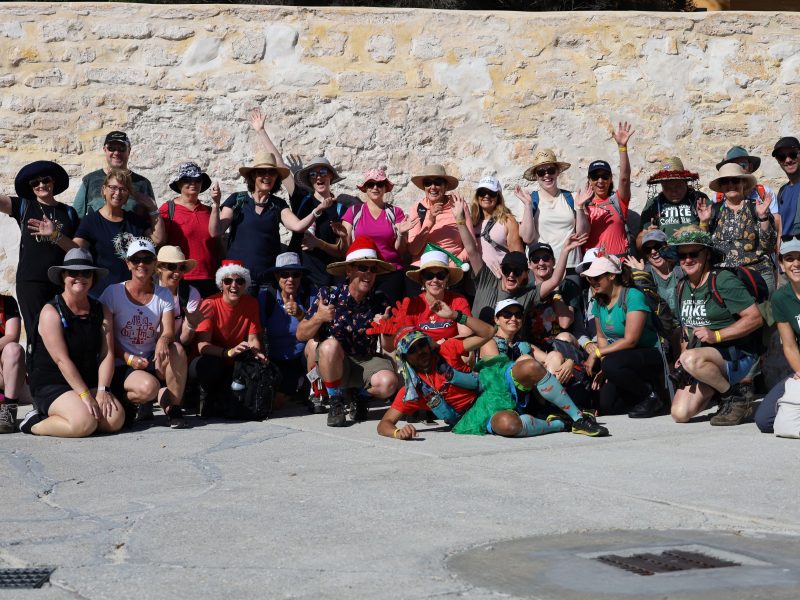 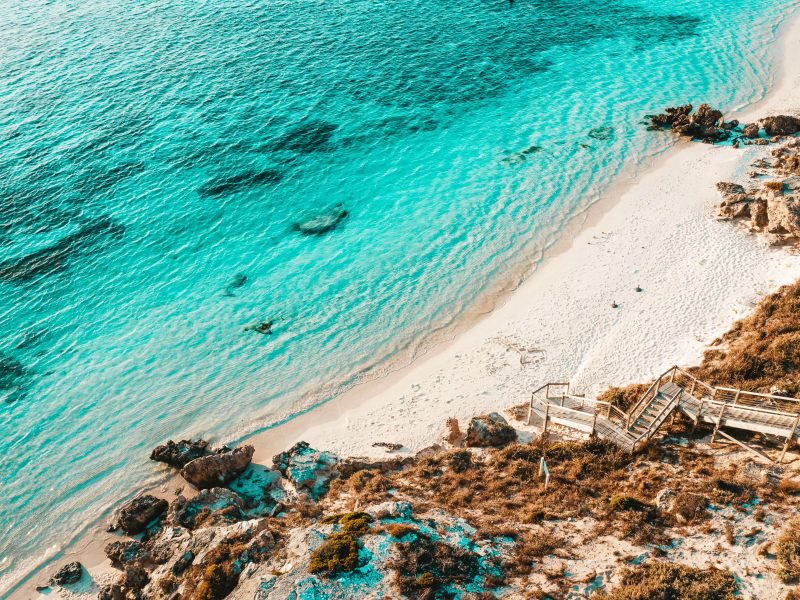 Subscribe for a weekly dose of trail inspiration, ideas and latest news.

Copyright © 2022 by The Hike Collective